Life is not fair, we carry different grace 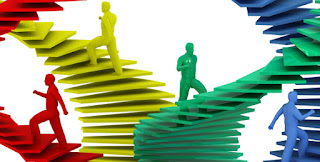 I remember this particular day during a lecture, the lecturer raised an issue that he felt was critical among students in primary and secondary schools, how after their parents dropped them in the school compound they still find a way to skip school and return home at the time they are sure that their school would have closed. Some of my classmates and I started laughing and said it is normal thing.

We said it was normal because some of us had done it before. I did it in primary school, I was around 7-8 years old then. My friend and I would take our younger brothers with us and go to a family friend's house, I still don't know while those people allowed us to stay, maybe we had told a big lie, but I thank God my mum discovered soon enough and disciplined me before I turned into something else.

Of course, the act is not normal, it is abnormal, yet common. I remembered the lecturer saying we all have different grace, and here we are doing our masters degree while some have dropped out of school at a young age and turned into a nonentity.

Who and what is influencing you?

There are things Mr A will do and escape it, but when Mr B does the same thing he pays dearly for it. Life is truly not fair.

I am very personal about today's post because I will say I am a product of grace. Most successful individuals we read about are products of grace, because at one point in their life something changed, probably they were inspired by a new information, a new environment or new friends, I don't know about everyone but I can speak for myself.

In conclusion, I will say that even though life is not fair, grace is fair, you can connect with the right person and tap from their grace, the choice is yours. You can make life to be fair to you by controlling what controls you.