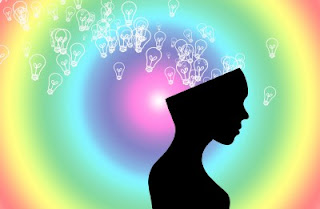 I was privileged to be part of a conversation about child molestation. The ladies shared their experiences and I'll say the stat is alarming. Some of the ladies who had recent information about their molesters talked about how the men never amounted to anything, someone particularly said the difference between hers and a mad man was that he wasn't roaming the street.

Call it karma, say it was the evil they did that caught up with them and you are not wrong. But I will like to discuss a factor that I think affected those individuals and which can affect anyone who is not even a molester.

I call the factor mind-wasting.

You see, nobody was created to be a nobody, we were all created with a purpose. Remember that although we may find it difficult to forgive an individual but God is ever ready to forgive, show them their life purpose and use them for His glory. Yet some may never discover or fulfil their destiny because of this thing called mind-wasting.

Let me start by saying this, you have probably heard that man is a Spirit, has a soul and lives in a body. Now spirit and soul makes what is called the heart. And the heart is what I believe is usually being referred to as the inner-man. Here is the deal, although your spirit is the link to God. There is something unique about the spirit, it is creative. T.D Jakes once said "what you focus on grows". Therefore mind-wasting is anything that fills your mind and prevent you from creating what you were created to birth. It makes your inner-man a dwarf rather than a giant.

Your spirit will create with the resources you feeds it through the soul. I remember before I swore off romance novels and similar magazines, although I was young then (was in secondary school), I could almost start writing my own novel, because my imagination was filled with my own version. I can only say it was God's grace that enabled me to easily dropped it, I guess it was because He knew those things he wanted me to write later in life.

Let's look at it this way. Drawing example from the molesters above. Let say a man (or woman) is suppose to be a proprietor of a renown school that would have branches in every nation of the world and impart the lives of children for better. But he chose to become a pedophile, his mind was filled with the next kid to conquer. He becomes creative with is strategies, vision gets clouded, purpose become deluded. One day he was caught, disgraced, castigated and became an outcast. Out a shame he may never rise to his true potential or calling, except God intervenes.

Mind you, it is not only sexual immoralities like this that waste ones mind. I read an anonymous quote that says "a salary is a bribe to keep you from your dream". Now a man can be fixed on a job that has nothing to do with is purpose. He waste his energy, time and mind doing things that was not it, till he gets old and feels he no longer has the time to pursue purpose (which of course is not true).

While also at a women's retreat, the woman of God told those looking for the fruit of the womb, to work in their purpose while in their waiting period. So that eventually when they have the child, they don't feel like they actually never achieved anything.

For some, pains of the past may so much occupy their mind and thoughts, that they don't see where God is taking them, or the miracles he can birth out from the pain.

If I may ask, is their anything wasting your mind and preventing you from fulfilling your purpose?